How Quickly Can You Spend a Tenner: Old £10 Note Deadline Approaches 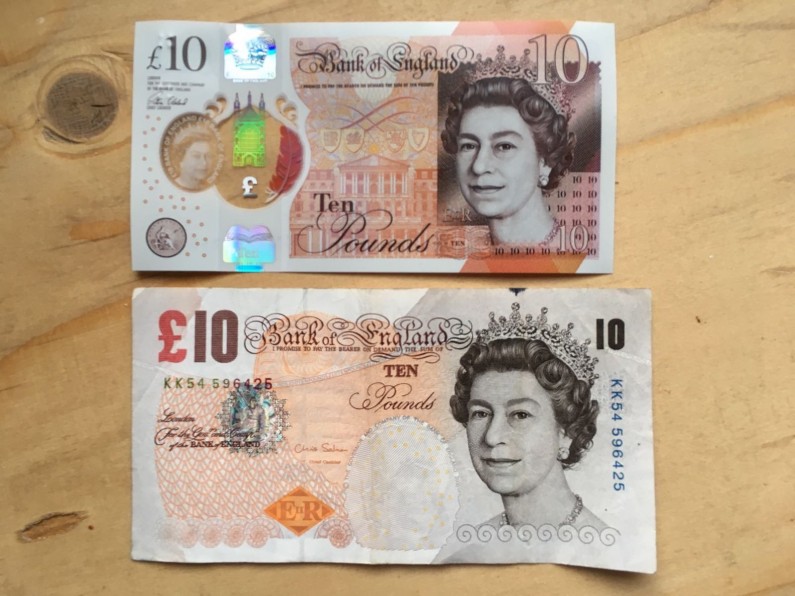 Still hanging on to your old ten-pound notes? Time to spend them, frame them or trade them in at your local bank. Whatever you do, just don’t let them go to waste in the back of your wallet or purse – the deadline when the old tenners cease to be legal tender is fast approaching.

You have until 1st March to use them.
Weekly returns of the old style ten pound note, which entered circulation back in November 2000 and features naturalist Charles Darwin, add up to around £85 million – or 8.5 million notes. According to the Bank of England, those figures are ‘broadly in line with forecasts.’
They added:

‘We saw a similar trend to paper £5 returns but don’t expect all notes to be returned as some will have been destroyed, gone overseas or kept as memorabilia.’

Yet despite what seems to be a pretty healthy sum of returns, the BoE reckons that there’s still approximately £2.1 billion pounds-worth of paper tenners out there, or 27% of all the notes ever issued.
And the Bank of England’s advice is simple: Spend them now, or exchange them at any bank because after March 1st, shops are not obligated to accept them.

However, if you do come across a rogue old tenner after the deadline, rest assured that these notes will always hold their face value ‘for all time’, so even a hundred years from now, you can trade them in at the Bank of England for a tenner – although how much ten-pounds would actually be worth in a 100 years is a discussion for another day.

Of course, as the bank suggests, not everyone will be ditching their outdated notes as soon as possible. Some are likely to hang on to them, in the hopes that they will be worth money later down the line. And they’d be right – sort of – if one eBay auction is anything to go by. Recently, two uncirculated tenners from 1971 were sold for £59.26. Not a bad haul, you might think, until you remember that that’s a lot less than the rate of inflation. £10 in 1971 is worth about £134 in ‘new money’. Indeed, auctioneers warn that very few bank notes are worth more than their face value.

So, attention now turns to that new tenner, which entered sicrulation in September last year.

The new ten-pound note features the author Jane Austen and, like its five-pound counterpart, is both smaller than its predecessor and made from polymer. This plastic-like material ensures the notes can withstand a lot more wear and tear, essentially extending the life of the cash and keeping running costs down over time.

The new plastic notes are also equipped with advanced technology designed to prevent fraudsters from counterfeiting them. In fact, that’s one of the primary reasons why the new notes were introduced. However, according to the Bank of England’s own figures, very few of the tenners withdrawn from circulation are counterfeit.

A spokesman for the Bank announced that: