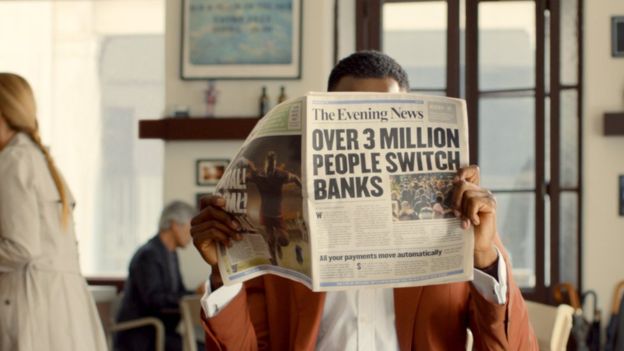 How often do you switch your current account? If you’re anything like the majority of people, the answer is: Not often. Now, industry figures have revealed that those switching accounts hit an all-time low.

The news comes despite a strong push into advertising with the express goal of raising awareness of the scheme; a mass campaign which covered online advertising alongside radio, TV and print. Yet, despite the heavy-handed marketing blitz, it seems the figures show that the message just isn’t getting across. In fact, the figures have plunged from March, when banks saw 120,774 customers switch current accounts.

That’s bound to be bad news for the biggest winners in current account switching – HSBC, Nationwide and TSB, who obtain the most ‘switchers’, as well as Treasury, who supported the seven-day switching service in the belief that it would strengthen competition between banks. On the other hand, it’s potentially good news for Barclays, NatWest and Clydesdale, who lose the most amount of switchers.

BACS, who currently run the current account switching service, had already promised back in January that improvements would be made to the scheme. One improvement, they told the Competition and Markets Authority, would be an extension to the period when money is redirected from one account to another – which should, in theory, give customers the confidence to know their money won’t go missing in the process.

Beyond such tweakings to the scheme, there are a raft of benefits for those who do move accounts from one bank to another. For instance, HSBC offers customers £200 for switching to them and staying loyal to the bank for a year. The Clydesdale and Yorkshire banks, meanwhile, give customers who move their account £250. Even the Competition and Markets Authority has stated that those who do switch could save themselves £92 per year.

However, not even confirmed benefits and financial incentives seem to be attracting new ‘switchers’. That may be, in part, because people see very few differences between the main current accounts offered by high street banks. Interest rates and basic incentives are fairly interchangeable – and the perceived hassle of switching accounts and informing the relevant people likely puts off many.

Four million customers, according to BACS, have switched their current account since 2013 using the seven-day guarantee service. The service sees 40 different banks signed up to a guarantee to complete a customer’s switch in just one week. All customers need to do is apply for a new current account, select a date for the big switch over and the chosen bank will handle the rest. That means, on the date of the switch, all Direct Debits and standing orders will come out of the new account, while any payments to the old account will be automatically forwarded.

But despite the work already achieved and great incentives on the table for current account holders, it seems the industry will need to work a lot harder and better engage customers if they want to see current account switching hit new highs.