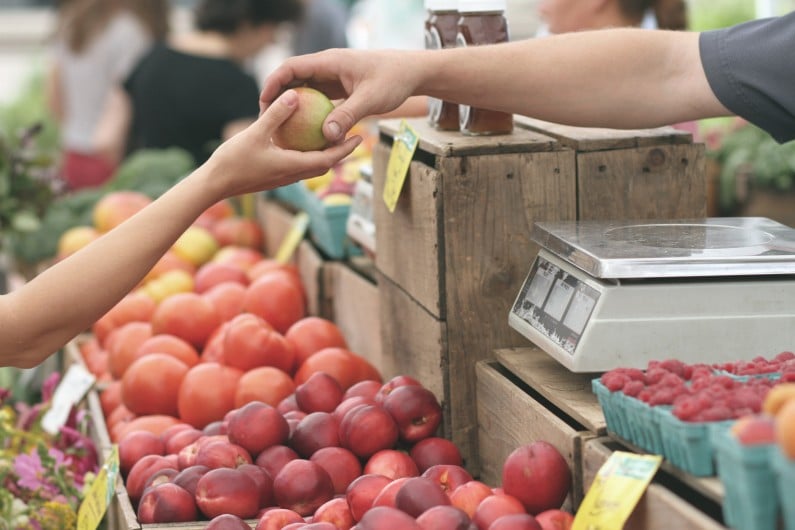 Consumer spending on ‘non-essential’ purchases are falling, according to a report by the British Retail Consortium (BRC).It was just a matter of time, of course, before consumers – already concerned about the economy, and the state of their personal finances – started clamping down on their spending. Now, the ‘perfect storm’ of rising inflation and slower wage growth appears to be affecting the way we’re shopping, and what we’re buying.

The BRC announced that consumer spending has slumped to its slowest pace in almost a decade: Between January and March 2017, total sales were up by just 0.1%, compared to January-March 2016, making the last three months the slowest growth since 2008.

It was, perhaps, always likely to happen, as the cost of living spirals upwards, while our wages refuse to budge much higher than they already are – a fact revealed by the Office of National Statistics last week. As such, we’re now spending most of our cash on ‘essential’ goods such as food. Meanwhile, spending on ‘non-food’ goods has fallen to a worrying 0.8%; in March alone, total sales dropped to just 0.2%, which is the biggest drop since August.
Helen Dickinson, chief executive of BRC, stated that:

‘The pressure on prices continues to build, albeit slowly, and will inevitably put a tighter squeeze on disposable income.’

Meanwhile, the Bank of England are said to be keeping a close eye on consumer spending habits, and may well look to raise interest rates in order to protect the UK economy and stave off concerns about inflation.

Fuel is another purchase generally considered essential for the majority of UK households, and it’s an area where we’re seeing significant spending increases, in part due to the rise in fuel costs. Indeed, pump prices have risen by a staggering 19.4% over the course of the year. Barclaycard, which processes almost half of all UK credit and debit card transactions, noted the 16.1% increase in fuel purchases compared to last year.

‘The overall impression coming through is that consumers are now moderating their spending as markedly higher inflation eats into their purchasing power in tandem with subdued earnings growth.’

Although our spending trends are concerning, it’s not all bad news. While retail spending elsewhere has dropped as we become ever-more cautious shoppers, the hospitality sector has seen a huge increase in spending. In their report, Barclaycard has suggested that we’ve spent 12% more money on classic service-sector areas like pubs, restaurants, and hotels this year than we did last year. This spending in hospitality industry has been driven, according to the Bank of England, by a fall in the pound – a fact tourists from both the UK and abroad are taking full advantage of.

As expected at a time when uncertainty over the economic impact of Brexit looms, we’re reining in our spending, but for now it seems to be a case of ‘wait-and-see’, rather than full on panic. Whether the financial sector maintains its stiff resolve, however, remains to be seen.