ATM Shake-up Makes It Harder to Access Cash, says Which? 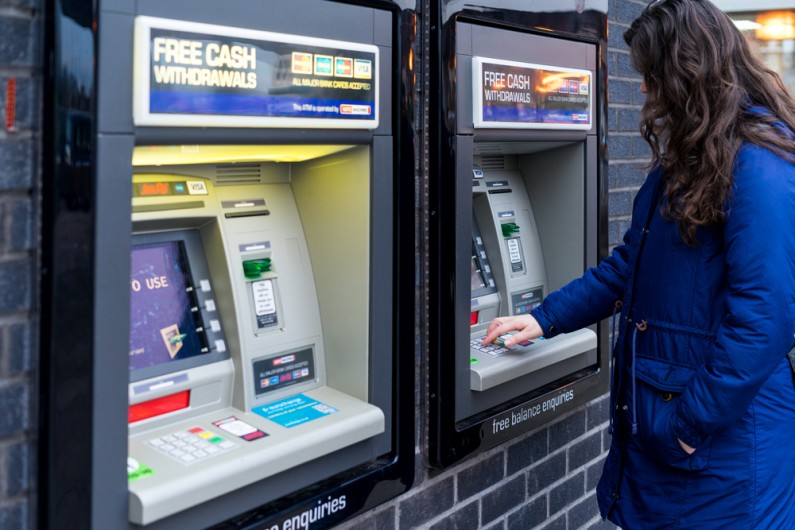 The ATM market is changing, and it risks leaving millions of cash point users without ready access to cash. The change is all down to Link, who runs the cash point network, which is cutting per-transaction ATM fees to cash point operators: in other words, the Link is disincentivising companies that run ATMs.

As it stands, every time you use a free cash machine, your card issuer pays out a 25p ‘interchange fee’ to the ATM operator. But now, Link are reducing that to 20p – and it’s expected that many will either pull out of the market entirely, or increase customer fees to recoup their loss.

However, many fear that most operators will now shut down ATMs that prove cost-ineffective. The impact of which will be felt by customers, particularly those living in rural areas.

Many experts are none too impressed with Link’s assurances that there has been ‘a modest decline in the number of ATMs in areas where they are heavily concentrated but with no diminution in the overall geographical coverage.’

At a time when cash point numbers were already in free-fall – in part due to running costs, and partly due to cash falling out of favour to debit cards – consumer group Which? reported that Britain’s ATMs are vanishing at a rate of 300 every month. In 2015, that figure stood at just 50.

‘These cuts could see millions of people who rely on cash in their daily lives struggling through these closures – with severe consequences for many communities and businesses. The impact is already clear – with machines closing at a frightening pace. The regulator must act now to stop further closures and ensure that consumers aren’t suddenly stripped of their access to cash.’

And what of Link’s claim to ensure those in rural areas will still be covered?

Which?’s report found that, far from being protected, rural areas have been slightly more affected than anywhere else; rural ATMs plunged by 2.1%, while suburban cash points showed a decreased of 2%. In total, between November and April, ATM numbers plummeted from 69,901 to 68,483.

Ron Delnevo, of the ATM Industry Association, discussed the changes – and the expected drop in cash point numbers – said:

‘It’s too late to save bank branches which means it’s vital to save ATMs. One ATM is not enough for a whole village or town. They are machines, they fail and need to be fixed and that could mean people have to travel nine or 10 miles for cash.’

The report’s findings also started a war of words between Which? and Link, with the cash point kings disputing the study. A spokesman for the company said:

‘Over the last 10 years cash payments have fallen by 33%. During the same period free ATM numbers have grown 18,000 (50%). This disconnect is not sustainable and needs addressing now to protect Link and future access to cash for consumers. Which? has suggested that ATMs have fallen by 1,500 in the period between November and April, however Link can confirm that during this period the number of free-to-use ATMs actually increased. More importantly, coverage of free-to-use machines improved over this period as forecast by Link, with the net number of postcodes with free access across the UK increasing by five, including one in Scotland.’

‘With hundreds of cashpoints closing every month, we have serious concerns that, far from protecting consumers’ access to cash, Link’s plans risk destroying it. These cuts could see millions of people who rely on cash in their daily lives struggling through these closures – with severe consequences for many communities and businesses. The impact of these cuts is already clear – with machines closing at a frightening pace. The regulator must act now to stop further closures and ensure that consumers aren’t suddenly stripped of their access to cash.’